The Danger of Lightning 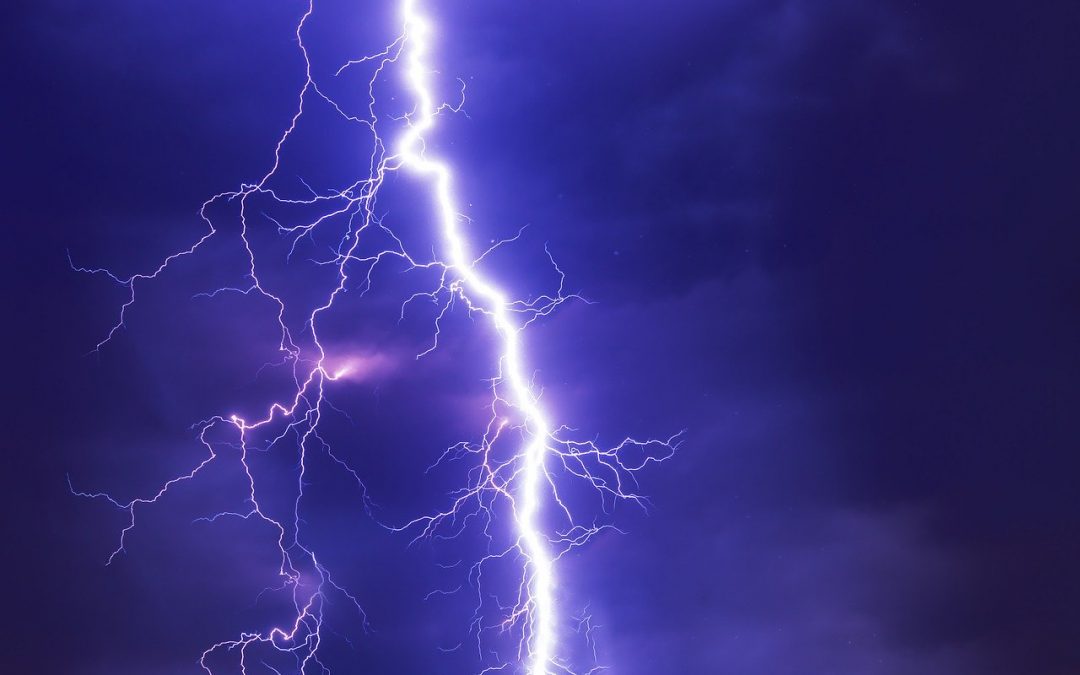 0shares
When warm weather arrives, most of us are subjected to interesting weather patterns and storms. Some of those can include dangerous lightning storms.

While lightning storms can occur at any time, it is more common in warm, muggy, turbulent months, also known as summer. In the United States, some estimates indicate that there are more than 30 million lightning strikes that reach the ground. These can cause property damage, injuries, and even death for those in the path of a bolt of lightning.

The first consideration for lightning storm activity is safety. Anything outside a building is subject to a lightning strike. Remember, lightning is naturally seeking a path to the ground, and if you are out in the open, you might end up being that path. Some feel that cowering under a tree or similar “protection” is going to help. Lightning is not always predictable. You may be hugging a tree and the tree is the path the lightning chooses to get to the ground. That means you are in danger.

It’s always best to get inside. Seek shelter in a building that can protect you. Most of the time, it’s your own home. And besides the possibility of lightning striking you, other dangers, such as wind, rain, and flooding, can be dangerous to you as well.

While inside during a lightning storm, avoid contact with items that can conduct electricity: Pipes, cords, electronics such as televisions and computers, items that you use every day but should avoid when there is a chance of lightning striking your home.

After the storm, it’s time to inspect and test what might have been affected. You may have electronic devices that have suffered from the burst of electricity common to lightning storms. You also may have damage to property from the high winds the storm might have generated. There could be flooding in your basement or other areas of the home. Remember, even a well-built home can have water intrude, especially if it is driven by high winds. Check your sump pump, if you have one, is still operating. If it was affected by an electric surge, it
may not work properly.

Any resulting damage should be covered by your homeowner’s insurance policy, which means repairs should be paid for. Do the right thing. Contact your favorite restoration company. Call FloodSERV, 918-429-1911!

FloodSERV is your local, McAlester, OK disaster restoration services company. We service all of McAlester and surrounding areas.